Leonardo’s Last Supper (L’Ultima Cena), famous all over the world,is situated inside the Refectory at the Monastery of Santa Maria delle Grazie, in Milan. It was commissioned from the artist by Ludovico Sforza “il Moro”. The sensitivity that can be seen in the painting is remarkable, it represents Jesus with his Disciples during the last hours they spend together.
Leonardo da Vinci’s The Last Supper is one of the most admired, most studied, and most reproduced paintings the world has ever known.  It is argued here that in this central, symbolic scene of Christianity, Leonardo has actually included references to Islam, Hinduism, Astrology and Roman mythology, together with mathematics and geometry, in the Last Supper.

The painting mirrors Leonardo Da Vinci ’s own world view which allowed him to draw inspiration equally from a variety of sources, both religious and scientific. What Leonardo’s Last Supper implies is written in one of his notes: “...certainly those who have chosen to worship men as gods – as Jove, Saturn, Mars and the like – have fallen into the gravest error..” .
For the entire mankind, the Last Supper, together with the Mona Lisa, offers an important lesson to learn. Leonardo da Vinci wanted to point out, probably, that all men are equal.

Rather than restricting oneself to one particular school of faith Leonardo believed in uniting all knowledge as much as he believed in the equality of religions; 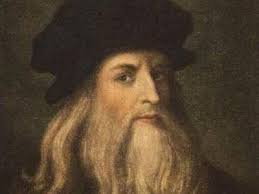 the event depicted is described in the Gospel according to St. John, the moment at which Christ, seated at the centre with his Apostles on both sides, reveals that He will soon be betrayed by one of them, which will lead to His crucifixion. Da Vinci began the work in 1495 or 1496 and completed it around 1498. In that period it was common to paint directly onto the walls of building, but Leonardo was not trained in this ‘fresco’ technique, and made a poor choice of materials. This, along with the humid conditions in the convent, meant that the painting began deteriorating unfortunately while Leonardo was still alive. The refectory has also been flooded and used as a stable – but the painting’s luckiest escape came during the Second World War, when the refectory was hit by a bomb. Only some carefully placed sandbags saved this masterpiece from destruction.
The Last Supper is bigger than you think: countless reproductions have been made in all sizes, but the original is about 15 feet by 29 feet.  Although The Last Supper is easily one of the world’s most iconic paintings, its permanent home is the convent in Milan. And moving it would be tricky, to say the least. Da Vinci painted the religious work directly (and fittingly) on the dining hall wall of the Convent of Santa Maria delle Grazie back in 1495. 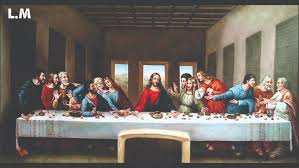 Judged by his notebooks alone, Leonardo Da Vinci had a huge amount of knowledge about Cosmos too. It is almost impossible to even begin to analyse the works of Leonardo without an understanding of the variety and depth of sophistication which he had acquired in his lifetime. All of the artwork and his journals are highly connected, as Leonardo openly points out in his sketches: “Principles for the Development of a Complete Mind: Study the science of art. Study the art of science. Develop your senses − especially learn how to see. Realize that everything connects to everything else.”

To know more about Leonardo and discover Milan just write at
info@www.milanintour.com or
Call +393479478826